Attention to When Concluding a Franchising Agreement?Insufficient legal regulation of conclusion offranchising agreements (commercial concession agreements) leads to a largenumber of disputes regarding violations of the terms and conditions of theagreement by this or that party thereto. In turn, such disputes arepredominantly won by those companies that have clearly set forth all financialliabilities, rights and obligations of the parties.

As evidenced by the practice, the main reason for the occurrence of problems and disputes between the franchisor (the rightholder) and the franchisee (the user) after concluding a franchising agreement is that the agreement simply does not contain all the terms and conditions of cooperation between the parties, or contains such terms and conditions that can be interpreted ambiguously, and sometimes there is no mechanism at all for implementing this agreement. With this in mind, it should be noted that the commercial concession agreement is very complicated by its nature, since all the nuances of cooperation between the franchisor and the franchisee should be very clearly and fully set forth therein, and it should take into account all the peculiarities concerning the rights to intellectual property.

What Should a Rightholder Pay Attention to When Concluding a Franchising Agreement?

First, all the rights transferred under a franchising agreement must be properly protected. In Ukraine, legal protection does not apply to any ideas, theories, principles, concepts, discoveries, even if they are expressed, described, explained, illustrated in a work. However, this does not mean that one’s business idea cannot be properly protected, namely:

The undoubted advantage of protecting one’s business ideas as trademarks, inventions, industrial designs, etc. is that only the rightholder is entitled to authorize or prohibit the use of his/her/its intellectual property to third parties. In this case, in the event of violation of the rights of the owner of these objects, they can be protected in court.

As for the protection of confidential information and trade secrets, it should be noted that in order for certain information to be protected in this way, it is necessary to clearly identify its status by means of the relevant documentation: to draw up an internal regulation/order for the enterprise of the rightholder, which will clearly determine the list of such information, the set of persons who have access to it, and bear responsibility for its disclosure, to determine the same provisions in the franchising
agreement, to cause the persons who will have access to trade secrets to undertake written obligations on non-disclosure of such information, etc.

The rights of the owner of a trade secret can also be protected in court, and the current legislation also establishes material, administrative and criminal liability for the disclosure of trade secrets. However, it should be emphasized that to date, it is rather difficult for a court to prove the disclosure of confidential information or trade secrets, and that is why in most cases the courts refuse to charge appropriate penalties or bring to justice. Secondly, the franchising agreement should clearly
specify the structure, size and settlement of payments under the agreement.

The most common form of payment is the payment of the first instalment for the franchise by the franchisee, and the subsequent payment for its use (royalties). In this case, the agreement must clearly state how the amount of royalties will be calculated, and if it is a certain percentage, then what it will be accrued on. Indeed, there are cases in court practice when a court dismissed franchisor’s lawsuit on the recovery of such amounts because of the impossibility to determine the amount of royalties.

For example, the Supreme Economic Court of Ukraine in its Resolution of 28 March 2017 in case No. 909/636/15 noted that: “Regarding the collection of 2.5 % of royalties and 0.5 % of advertising deductions, the court of appeals states that the same cannot be calculated due to the absence of a report on the gross monthly turnover of the respondent. At the same time, the court takes into account that the claimant refused to collect royalties and advertising deductions due to the impossibility of the calculation thereof.”Also, it should be noted that according to the provisions of the Tax Code of Ukraine, royalties can only be obtained for the use of registered intellectual property if it is subject to such registration.

That is why again it is necessary to pay attention to the importance of proper protection of one’s own intellectual property rights. Thirdly, the franchising agreement should clearly specify all special obligations of the franchisee and the franchisor’s right to conduct an audit of his/her/its activities.
Based on the provisions of the applicable legislation, special conditions may be provided in the commercial concession agreement, in
particular:

It should be noted separately that it is very important for the rightholder to properly monitor the activities of the franchisee both in order to protect his/her/its rights and in order to avoid possible risks. Such control may be carried out by establishing the franchisor’s right to conduct audits of the performance of all the terms and conditions of the concession agreement by the franchisee in the agreement. In case of detection of violations, which must be certified by the relevant documents and evidence, the rightholder will have the opportunity to bring the user to liability and to stop the violation of his/her/its rights.

An example of such protection of the franchisor’s rights can be the Ruling of the Kyiv Economic Court of Appeal of 14 October 2014 in case No. 910/12804/13, in which the court noted that: “… since the specified terms and conditions of the Franchising Agreement of 23 July 2011 establish liability in the form of a fine for each established violation of its requirements, and in addition, the respondent has twice violated paragraphs … of the Franchising Agreement of 23 July 2011, the requirement of Solon LLC to collect a fine in the amount of UAH 24,000 from the entrepreneur PERSON_2 is subject to full satisfaction.”

What Should a User Pay Attention to When Concluding a Franchising Agreement?

First, when concluding the agreement the franchisee must verify the validity of the franchisor’s registered rights to the intellectual property transferred under the agreement. At the same time, when concluding the agreement, the rightholder must provide the user with written guarantees that the rights of third parties
are not violated by the conclusion of the given agreement, and that he/she/it will independently bear the responsibility to third parties in case of violation of their intellectual property rights.

Secondly, the franchising agreement should clearly specify all special obligations of the franchisor. Thus, for example, a commercial concession agreement may provide for the obligation of the rightholder not to provide other persons with similar sets of rights for the use thereof in the territory assigned to the user, or to refrain from his/her/its own similar activities in this territory. Also, unless otherwise provided by the terms and conditions of the agreement, the user has the right to demand the rightholder to provide him/her/it with permanent technical and advisory assistance, including assistance in training and professional development of employees.

Moreover, in order to avoid abuse by the franchisor, the franchisee must bear in mind that the clause of the agreement, according to which the rightholder is entitled to determine the price of the product (works, services) provided for by the agreement, or to set the upper or lower limit of
this price, is null and void.

In addition to the foregoing, one can also note that franchising activities are also regulated by the European Code of Ethics for Franchising, and the Franchising Code of Ethics of Ukraine, approved by the Ukrainian Franchising Development Federation. Of course, the given documents are not legally binding for all business entities operating in the field of franchising, however, in order to maintain business relationships with contractors, these documents can also be taken into account. 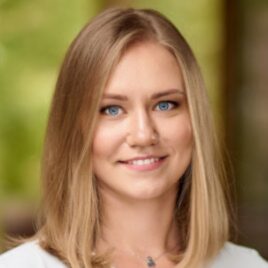