Following the strategy of the Government to improve the doing business climate in Ukraine, Parliament adopted the Law of Ukraine “On Amendments to Certain Legislative Acts of Ukraine Concerning Elimination of Barriers for Foreign Investments Attraction” dated May 23, 2017 (hereinafter – “the Law”), which came into force on September 27, 2017. The Law with such an expressive name should have definitely removed the barriers for employment of foreigners, but what have we actually received?

Putting the cart before the horse, the Law really significantly changed the procedure of obtaining work permits (hereinafter – “the Permit”) facilitating it essentially from the one hand, but introducing some questionable conditions from the other.Mainly, the changes are positive and reflect the welcomed and fair conditions for employers among which are the following.

Multiple employment. Those, who former dealt with obtaining Permits for a foreigner for two or more positions in different companies (e.g. for the Director position in several companies of one group), definitely faced the position of the employment services, that a foreigner may have only one work permit in Ukraine. The reasoning was, that the laws do not stipulate otherwise. Despite the court decisions against such position, the services stayed determined and continued to refuse in prolongation or cancelled obtained Permits.

Now the Law has fixed provision that explicitly allows foreign employees to be employed at different positions at one or more employers under the condition of obtaining corresponding Permit for each position separately. Also the Law provides for rights to combine duties of foreigner on position that is indicated in the Permit with position of temporary absent employee for the period that does not exceed 60 calendar days.

Prolongation of a Permit requires submission only of an application, photo and documents from the list above if information in them was changed.

Remarkably, that finally the vacancy report, medical certificates, non-conviction certificate are no longer required to be filed.

Validity term of the Permit. The Permit is executed for the term of Employment contract duration, but no longer than for one year. However, for certain special categories of foreigners the Permit can be obtained for up to 3-year term.

Worth noting, that there are no requirements for minimum term of Permit. The Permit can be issued for any term specified in the application and in the draft of employment contract which does not exceed the maximum permitted term specified by the Law for defined category of foreigners.

It is worth pointing out that in case the position in question is director of a newly established company, procedure for employing a foreigner has certain peculiarities. In particular, additional attention should be paid to the moment of appointment of a foreign director.

Provided that a foreigner cannot be employed in Ukraine before the work permit is granted, and taking into account that it is impossible for a company to operate without a director, it is advisable to appoint a resident of Ukraine as a temporary director on the stage of company incorporation. After the work Permit is granted, a temporary director may be replaced by the foreign specialist.

Notwithstanding positive amendments, the Law also introduced some changes that will rather questionably contribute to elimination of barriers for foreign investments.

Wage requirements. The Law obliged employers to set minimum salary for foreign employees in the amount of 5 minimum wages (currently UAH 18 615) for foreigners that will be employed in public and charitable organizations and educational institutions and 10 minimum wages (currently UAH 37 230) for other foreign employees.
Wage requirements are not applicable to the five special categories of foreigners mentioned above.

State duty. Amount of the state duty for issuing the work permit has been changed. The state duty is now stipulated both for first obtainment of the Permit as well as for its prolongation and constitutes:

Last thing that shall be kept in mind are the fines that may be imposed on the employer in case of employing foreign workers without a work permit or using their work on the conditions other then those provided by a relevant permit.

The law indicates quite significant penalties for breaching regulations on foreigners’ employment. For employment of foreigners without the Permit a fine for each case constitutes twenty minimum wages (currently UAH 74 460). In case of employment of foreigners on other conditions than indicated in the obtained Permit or by another employer a fine for each case shall amount to ten minimum wages (currently UAH 37 230).

Being short in conclusion we see that now the effect of the Law is not as it intended to be. Although the bureaucracy load on employers was decreased, more and more clients are claiming that the suggested minimum wages are a too high burden and mitigate the beneficial amendments. However, still we tend to think, that in the end of 2018 the average statistics will show whether the Law did have any positive effect in this field or not.

The artcile was published in “Ukrainian Journal of Business Law” 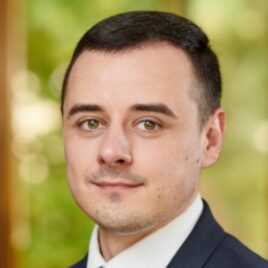 It is quite possible to protect the rights and interests in Ukrainian courts – K...

Access to justice should be improved by the legislator, – Valentyn Gvozdiy, Mana...