News in land legislation: The Government determined the procedure for correcting mistakes in the State Land Cadastre

By this Resolution, the Government determined, inter alia, the procedure for correcting mistakes in the State Land Cadastre (hereinafter referred to as the “SLC”).

At the same time, information about the new boundaries shall be entered into the SLC only if the corrected mistakes are agreed upon with the owners or land users.

The Government approved the draft Law amending the Law of Ukraine “On the National Agency of Ukraine for Finding, Tracing and Management of Assets Obtained from Corruption and Other Crimes” at the initiative of the Asset Recovery and Management Agency (hereinafter referred to as the “ARMA”).

It is proposed to exclude the obligation of an administrator of the seized shares and stock in the authorized capital to coordinate his/her actions with the holder of such assets.

This draft law is expected to unblock the option of fully-fledged management of the specified assets. It is noted that currently, when exercising the powers of a holder of shares or corporate rights in the higher management bodies of a legal entity, the administrator selected by ARMA must coordinate his/her actions with the holder of such assets, which de facto makes fully-fledged management of such assets impossible.

From now on, the fate of seized assets transferred to ARMA shall be determined by court

One of the most significant innovations to the Law on ARMA is the regulation of selling the seized property.

From now on, the possibility to sell movable property will be determined only by a court by clear criteria, and real estate will be sold at auction only after a guilty verdict is made.

Thus, the Law provides that when a court chooses the asset management method in the form of disposal of property, such disposal may be carried out only after a verdict enters into force, except for the property that is perishable and/or to the sale of which the owner has given a written consent. 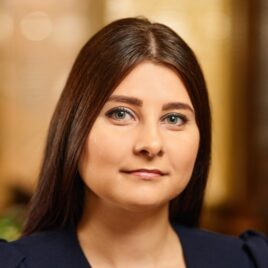 Ukraine has a chance to build a new post-war energy system and attract large inv...