A NEW TYPE OF LEAVE IS INTRODUCED

On May 9, 2021, the Law of Ukraine “On Amendments to Certain Legislative Acts of Ukraine Concerning Ensuring Equal Opportunities for Mothers and Fathers in Child Care” No. 1401-IX came into force. It introduces a new type of leave – one-time paid leave at the birth of a child lasting up to 14 calendar days.

Such leave will be granted to one person:

The law also provides equal opportunities for each parent to take parental leave of up to three years and enshrines the right of those having minor children or adult children with a childhood disability to additional leave.

The procedure for granting leave at the birth of a child shall be developed and approved by the Cabinet of Ministers of Ukraine by June 9, 2021.

AMENDMENTS TO THE CRIMINAL PROCEDURE CODE OF UKRAINE ARE IN FORCE

On May 14, 2021, the Law of Ukraine “On Amendments to the Criminal Procedure Code of Ukraine to Improve Certain Provisions in Connection with a Conduct of a Special Pre-Trial Investigation” No. 1422-IX came into force. It is aimed at ensuring the inevitability of punishment for citizens who have committed a criminal offence and flee from the investigation in other countries or temporarily occupied territories of Ukraine.

The law defines two grounds to conduct a special pre-trial investigation or special court proceedings: 1) if the suspect is wanted on an international arrest warrant; 2) if the suspect unreasonably avoids appearing upon the summons of an investigator, a prosecutor, an investigating judge or a court (provided he/she is duly summoned) and is in the territory of the aggressor state or temporarily occupied territories of Ukraine.

The court trial in respect of the accused of such criminal proceedings may be conducted in their absence (in absentia). The investigating judge may arrest such a suspect in absentia. An exception to this are minors fleeing from the investigation in the temporarily occupied territories of Ukraine, in the territory of the aggressor state, or wanted on an international arrest warrant.

Information on suspects in respect of whom a special pre-trial investigation has been initiated shall be published in the national media and on the official website of the Prosecutor General’s Office of Ukraine.

If after the commencement of special court proceedings the accused appeared or was brought to court, from this point on, the court trial shall continue according to the general procedure established by the Criminal Procedure Code.

The Verkhovna Rada registered draft law “On Amendments to the Tax Code of Ukraine to Stimulate the De-Shadowing of Labor Market” No. 5466. It is aimed to de-shadow the labour market, contribute to employment opportunities for individual entrepreneurs, and increase tax revenues for the treasury.

The project offers, among other things:

The draft law is being prepared for the first reading.

The Commercial Cassation Court of the Supreme Court decided on case No. 910/3191/20 on joint and several liability of the debtor’s manager in case of company bankruptcy.

In particular, the Supreme Court stressed that joint and several liability of the debtor’s manager is a special civil liability the debtor’s manager is subject to in the course of bankruptcy proceedings if he/she does not apply to the commercial court within a month in case of insolvency risk, for not upholding the creditors’ claims based on the creditor’s application after the detection of such a violation is indicated in the commercial court decision.

Taking into account the substantiated facts of deterioration of the debtor’s security by all its assets, current assets, and the company’s lack of net assets (negative value), the signs of LLC bankruptcy forced into by its officials, unprofitable economic activity leading to the company’s insolvency, failure of the debtor’s manager to apply to the commercial court with the application for the company’s bankruptcy, the Supreme Court allowed the claim to impose joint and several liability on the debtor’s manager to be the basis for further creditors’ claiming to this person.

The Supreme Court’s case-law confirms the effectiveness of the new creditors’ leverage on debtors. It also shows that the company’s top management should always “keep their finger on the pulse” and monitor the company’s solvency. 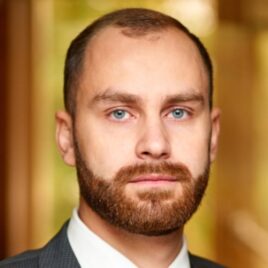 Exclusive review of the tax controversy 2O22 in Ukraine

GOLAW attorneys have successfully proven in court the validity of an agreement v...