With the introduction of the rules on controlled foreign companies, tax residency status becomes an important issue for Ukrainian individuals.

For foreigners living in Ukraine for a long period of time, tax residency is also an issue to consider because the state will treat them as Ukrainian tax residents by default. Not everyone is aware that one’s Ukrainian residence status affects the need to pay taxes on worldwide income in Ukraine, subject to the requirements established by any applicable double tax treaty (DTT). In this article we will analyse the key issues to consider to properly determine tax residency status.

It is important to distinguish tax residency and citizenship, as these are two different concepts.  It does not necessarily mean that being a citizen of Ukraine protects you from taxation in other countries and vice versa. Any country’s residency – based taxation system defines the individuals’ place of leaving, the center of the vital interest to tax the individual’s income.

In order to define a person as a Ukrainian tax resident, a number or criteria are used. The first is the place of actual leaving. If the person simultaneously resides in another country, then the permanent place of leaving (home) shall be considered.

If the centre of vital interests cannot be determined, or if the individual has no permanent place of leaving in any country, then such an individual shall be recognized as a resident of Ukraine if he or she stays in Ukraine for at least 183 days during the tax year.

If the residency status cannot be determined based on the above-mentioned rules, the individual shall be recognized as a resident of Ukraine on a citizenship criterion.

It should be noted that the mentioned above criteria apply to both Ukrainian citizens and foreigners who are temporarily or permanently leaving in Ukraine. When it comes to cross-border tax questions, including double residence, one should pay attention to DTT rules. In other words, to correctly determine the person’s tax residence one shall also be guided by the provisions of DTT.

DTT is used in situations when one person can be recognized as a resident in several countries under their domestic tax law and there is a need to remove double taxation. DTT provides a similar mechanism of tax residency determination as was described above. To determine the residential status of an individual, one needs to determine the permanent home, centre of vital interests, habitual abode and nationality. When an individual is a national of both states or neither of them, the question shall be solved by mutual agreement between the states according to the procedure laid down in the DTT.

It is necessary to mention that there is no legal procedure in Ukraine that allows an individual to change, acquire or abandon the residency status. Usually, Ukrainian tax authorities consider all citizens to be tax residents. However, if there are grounds (e.g. permanent place of leaving, centre of vital interests, 183 days rule) that prove that an individual has no relation to Ukraine except citizenship the following action can be taken:

For foreigners, it also may be beneficial to become a tax resident of Ukraine, because there is no progressive tax rate and the personal income tax is only 18% plus military duty 1,5%. This is relatively low in comparison with other European countries.

If such a foreigner submits a tax declaration in Ukraine showing his or her Ukrainian and global income, Ukraine’s tax authorities will take him or her as a tax resident.

Even after fulfilling all the requirements of the legislation on recognition as a resident of Ukraine there may be some discrepancies in the tax legislation of a foreigner’s nationality state and Ukraine.

Therefore, each case should be considered separately considering the actual circumstances of a person’s life and business activity. 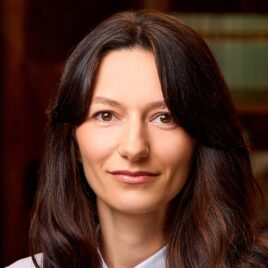