On September 8, the resolution of the Supreme Court canceled the formula for calculating the payment of compensation to the Guaranteed Buyer for a share of the cost of settlement of the imbalance. This happened as a result of consideration of case No. 640/4069/21, in which the cassation appeal was upheld and the decision of the District Administrative Court of Kyiv dated July 16, 2021, was left in force.

Following the resolution, the new version of clause 9.3, which established new compensation formula for imbalances, of Chapter 9 of the Procedure for Purchase by a Guaranteed Buyer of electricity from RES producers was recognized as illegal and invalid.

As a result, the number of payments for the settlement of imbalances for RES producers was disproportionately large. An appeal to the court for a solution to this issue led to the adoption of the already-mentioned Supreme Court resolution and the cancellation of such a formula.

Given the ambiguity of some of the provisions of this resolution, in particular regarding the issues of which formula should be applied now, as well as whether the payments of RES producers for the settlement of imbalances should be recalculated, on October 28, 2022, the Resolution of the District Administrative Court of Kyiv was adopted based on the results of consideration of the application for clarification of the Supreme Court resolution.

As a result, these issues have been clarified and we can now state that:

Thus, we can conclude that RES producers will currently be able to receive compensation for losses incurred as a result of the application of the recognized illegal formula for reimbursement of a share of the cost of the imbalance settlement for the period from January 16, 2021 – or in other words, to return the overpaid funds due to the application of the illegal formula, effective from January 16, 2021. Detailed explanations and practical algorithms of actions regarding the procedures of recalculation, return of sums, and signing of primary documents are expected shortly. 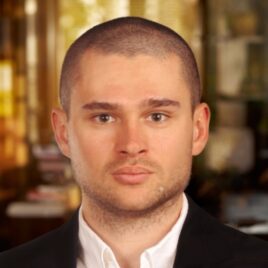 Challenges on the Swedish electricity market