On March 15, 2022 Laws of Ukraine No. 2108-IX and No. 2107-IX on combating collaborationism entered into force. The parliament has introduced criminal liability for cooperation with the aggressor state in the information, educational, political, military, administrative, economic, or labor spheres.

Collaborationism will result in prosecution of individuals as well as application of criminal law measures to legal entities. Therefore it is important to understand what acts are considered a crime and what punishment is provided for their commission.

The lexical sense of the word “collaborationism” (from the French “collaboration” – “cooperation”) is defined as cooperation of the population or citizens of the state with the enemy in the interests of the enemy-invader to the detriment of the state or its allies as well as participation in the persecution of patriots of the country of which the collaborator is a citizen.

What collaborative acts are considered criminal in Ukraine?

Collaborative activities can take many forms. According to Article 111-1 of the Criminal code of Ukraine, the legislator defines as a crime, in particular, the following acts:

All the aforementioned calls and denials made on the Internet or in the media are considered public.

Who can be prosecuted for collaborationism?

According to Article 111-1 of the Criminal code of Ukraine individuals/citizens of Ukraine are criminally liable for collaboration.

Moreover, if collaboration actions are carried out by an authorized person on behalf of a legal entity, criminal law measures, namely liquidation, may be applied to such entity.

Special laws that govern the activity of political parties, community associations, religious and charitable organizations, trade unions, were also supplemented by the possibility of their liquidation in case their authorized person has been convicted of collaborationism.

What punishment is provided for cooperation with the aggressor state?

Depending on the act committed, criminal liability may be in the form of a fine, correctional labor, arrest, imprisonment. In almost all cases, the sanction of the article provides for deprivation of the right to hold certain positions or engage in certain activities for a period of 10 to 15 years as the main or additional punishment.

If a person implements collaboration actions or makes decisions, specified in Parts 5-7 of Article 111-1 of the Criminal code of Ukraine, that resulted in death or other serious consequences (damage of UAH 1 240 500 or more), a punishment will be imprisonment for a term of 15 years or life imprisonment with deprivation of the right to hold certain positions or engage in certain activities for a period of 10 to 15 years as well as possible confiscation of property.

What should businesses pay attention to?

According to Part 4 of Article 111-1 of the Criminal Code of Ukraine collaborative acts are defined in particular as “conducting economic activities in cooperation with the aggressor state.”

The legislator has not defined a list of natural or legal persons that are specifically considered to be representatives of the aggressor state. In this regard we consider it necessary to interpret this rule in a very broad sense.

Thus, it is prohibited for all businesses registered in Ukraine to carry out any economic activity in cooperation with the occupation administration and any residents of the aggressor state.

Therefore, in case of refusal of individual entrepreneurs / legal entities / representative offices of foreign companies on the territory of Ukraine to terminate any economic relations with the aggressor country, criminal proceedings may be brought against them. 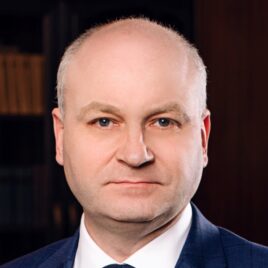 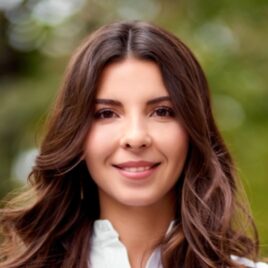