The new year 2022 from the very beginning brought changes to the legal regulation of insolvency proceedings in Ukraine – Law “On Amending the Section “Final and Transitional Provisions” of the Code of Ukraine on Insolvency Procedures” No.1944-IX (hereinafter referred to as the Law) entered into force on 6 January 2022.

The previous version of the Code of Ukraine on Insolvency Procedures (hereinafter referred to as the Code) provided for the automatic extension of certain terms in insolvency proceedings for the period of quarantine, for example:

However, since 6 January 2022, the automatic extension of these deadlines has been canceled.

From now on, these terms can be extended only by the court. To do this, the creditors’ committee, the creditor, or the court-appointed receiver must apply to the court with a request to extend the terms. The Code also authorizes the court to extend such terms on its own initiative.

Liability of the court-appointed receiver during quarantine

The law, among other things, clarifies the responsibility of the court-appointed receiver – the latter is not subject to disciplinary liability for failing to act if this was due to quarantine requirements imposed to prevent the spread of the coronavirus disease COVID-19. However, the court-appointed receiver is obliged to report such circumstances to the creditors’ committee (creditors – in the case of insolvency of an individual), as well as separately to the mortgage creditors.

Holding a meeting (committee) of creditors in a special mode

The law specifies the procedure for the remote holding of meetings (committee) of creditors by video conference, namely as follows:

Abolition of a number of prohibitions in insolvency proceedings

As far as is known, since 17 October 2020, a moratorium has been established for the period of quarantine and for 90 days from the date of its abolition. For example, it was forbidden to initiate insolvency proceedings on claims against the debtor arising from 12 March 2020.

However, since 6 January 2022, the moratorium has been abolished, i.e. the restrictions on insolvency proceedings for claims that arose during the quarantine no longer apply.

Also, the one-month deadline for a debtor to file for insolvency proceedings through COVID-19 from now on will not be extended if the satisfaction of one or more creditors’ claims poses the threat of insolvency. It should be noted that the Code provides for joint and several liability of the debtor’s manager for violation of the said requirements regarding the term. Such a violation may be the ground for further creditors’ claims against the debtor’s manager.

In addition, the creditors’ committee and the secured creditor no longer have the right to decide on the suspension of auctions for the sale of the debtor’s property through quarantine.

Please note, however, that for the duration of the quarantine and for a period of 90 days from the date of its cancellation the rules that stop the accrual of the following remain in force: 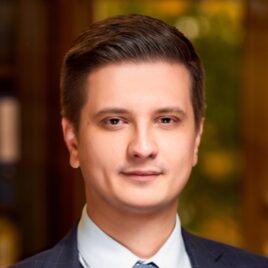